The 49er Fire in Nevada County. began September 11, 1988 and over the next several days grew to 33,500 acres and forced some 4,000 people to evacuate. Nevada County Fire Safe Council Executive Director Joanne Drummond says having an evacuation plan in place, both then and now, was crucial to guarding families safety and
At one time or another 4 to 5 thousand homes were in the path of the 49er fire. It destroyed 144 homes and 219 other structures, including 89 cars and trucks and 17 boats and trailers. An estimated $22.7 million dollars in damage, including contents, was attributed to the 49er fire. An itinerant man setting some toilet paper on fire off Highway 49 near North San Juan is blamed for starting the 49er fire on September 11th, 1988. It burned down through Lake Wildwood and Penn Valley into Rough and Ready and was finally brought under control on September 16th.

Jeff Koch, a CDF firefighter from Paradise, CA in a mopping up operation in a an area where fire destroyed mobile homes in Rough and Ready. 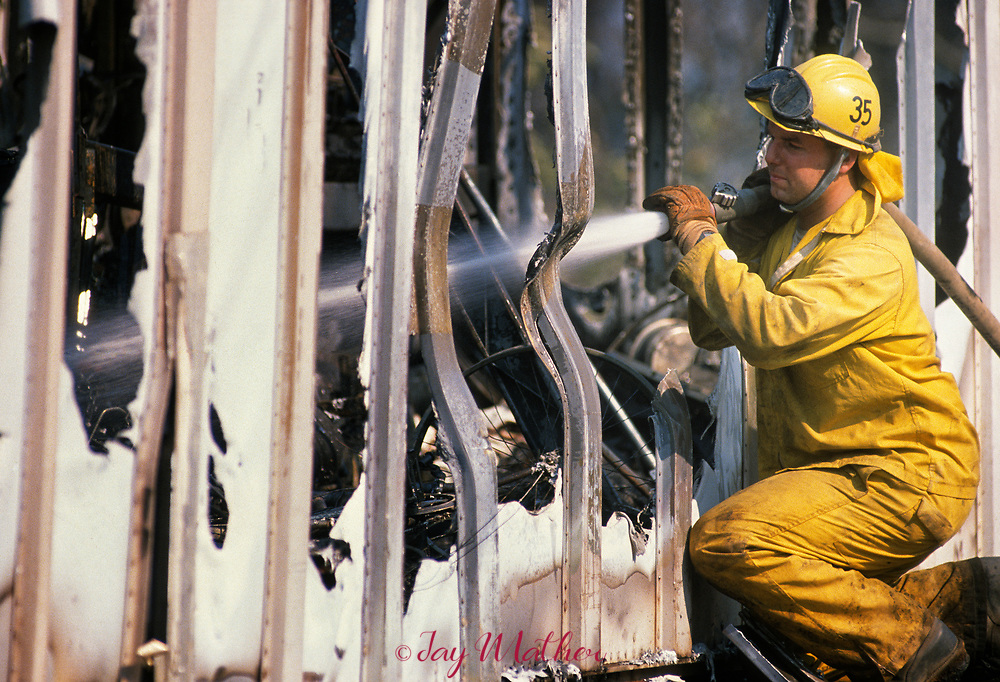