Mother Teresa, the 1979 Nobel Peace Prize laureate, came to Kentucky to oversee the opening of the first rural mission in the USA for the Missionaries of Charity. Located in the Appalachian community of Jenkins, KY, the St. George Catholic church held two masses on successive days, June 18 and 19, 1982 to honor her and officially open the mission.

On June 21 and 22, Mother Teresa came to Louisville, KY to receive the Bellarmine Medal, the highest honor from Bellarmine College. She held a small press conference the spoke to the crowd of 4,000 who waited hours to hear her.

Mother Teresa arrives from Charleston, SC aboard a chartered twin-engine aircraft at Butler Aviation in Louisville, KY. She came to Louisville's Bellarmine College to speak and receive the Bellarmine Award.
Peter Nabicht, 2, presented Mother Teresa with a bouquet of flowers. Greeting her were college officials including Eugene Petrik, President, left behind Mother Teresa and Michael Nabicht, father of Peter. 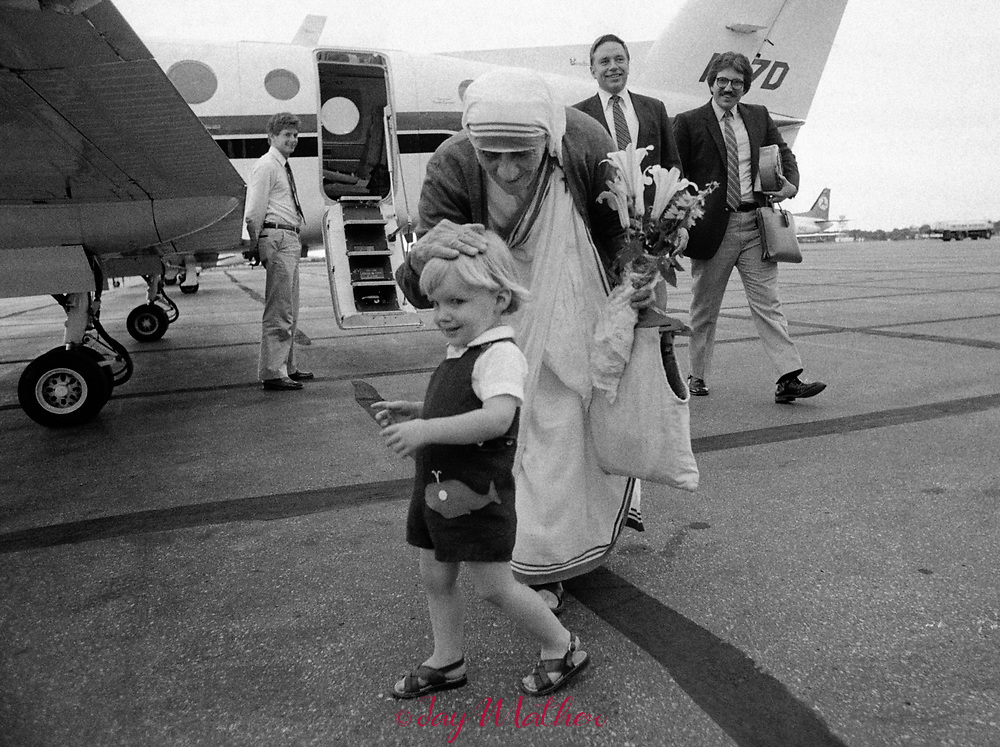