At the extreme eastern end of Arapahoe County, seventy miles from city of Denver, the air is clear and only sounds are the wheat blowing through wheat fields and the cawing of chicken hawks after a meal of field mice.

Fine tuning of the ear, however, brings the sound of two men carving a living with tractors and plows. Most farmers here are not come-lately. Their parents were farmers as were their parents before them.

The Monnahan family homesteaded here. They came from Broken Bow, Nebraska in 1909 with everything they owned, believing that they could make it outside the little farm town of Deer Trail, Colorado.

"It took us about a week to cut and lay the sod for the house and the barn," he recollected. "It was another month or so to finish the inside of the house."

In 1912, Walter Monnahan was born in the soddy, the eighth of nine children and the fifth of six boys.

The years passed and most of the children moved away to Deer Trail or Brush, even as far as Seattle, leaving the four-room soddy on the rolling Colorado plains nearly empty.

July 3, 1957, their mother died. John and Walter were left with the house, the farming tools, and the responsibility of keeping the small family farm going.

The work of farming was always there for them. "There's always something to do around here," Walter said. "and never enough time to get it all done."

Paced by the sun. they are up at sunrise and into the day's chores. There are chickens to feed, breakfast to cook and a half-mile trip tot he well for water. The soddy has no modern plumbing.

"The well is 37 feet down and we'd have to drill down to 2,000 feet at the house for water. Someone just plain forgot to put enough water out here," Walter quipped.

Water is life itself to all farmers. The Monnahans lost last winter's wheat crop for lack of moisture. It was plowed under and barley planted in its place. Now the barley is maturing to slowly for a lack of water.

John and Walter have surviv 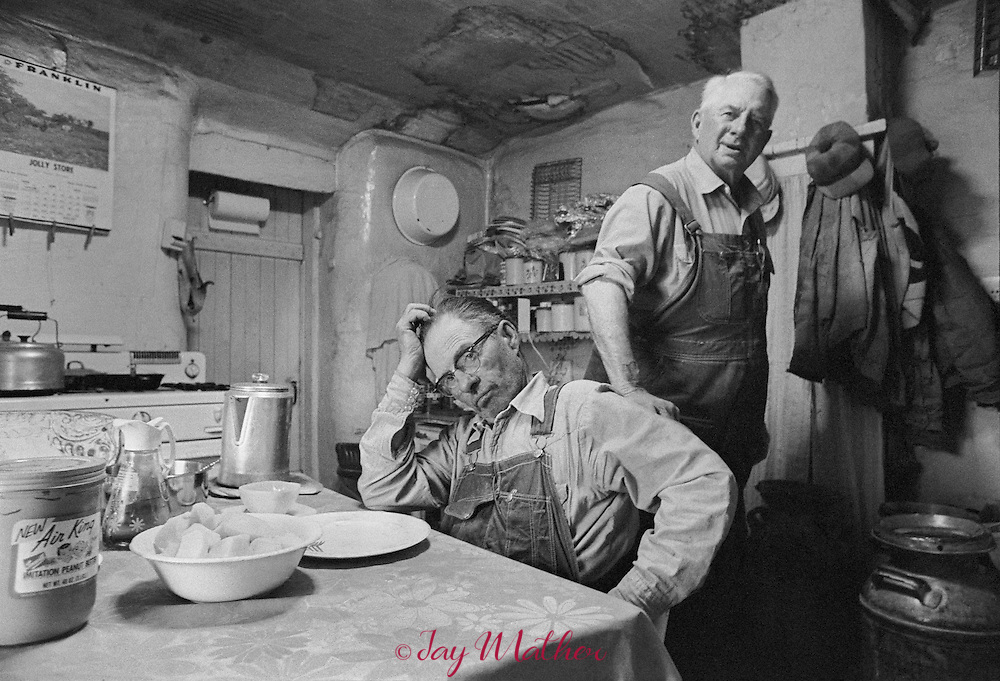