Aron Lee Ralston (born October 27, 1975) is an American outdoorsman, mechanical engineer and motivational speaker known for having survived a canyoneering accident in southeastern Utah in 2003 during which he amputated his own right forearm with a dull pocketknife in order to free himself from a dislodged boulder which had him trapped in Blue John Canyon for six days. After he freed himself, he had to make his way through the remainder of the canyon, then rappel down a 65-foot sheer cliff face in order to reach safety.
Ralston documented his experience in an autobiographical book titled Between a Rock and a Hard Place, published by Atria Books on September 7, 2004. It reached #3 on The New York Times Hardcover Non-Fiction list. It hit #1 in New Zealand and Australia, and is the #7 best-selling memoir of all-time in the United Kingdom. He was photographed in San Francisco in 2004 during his book tour. 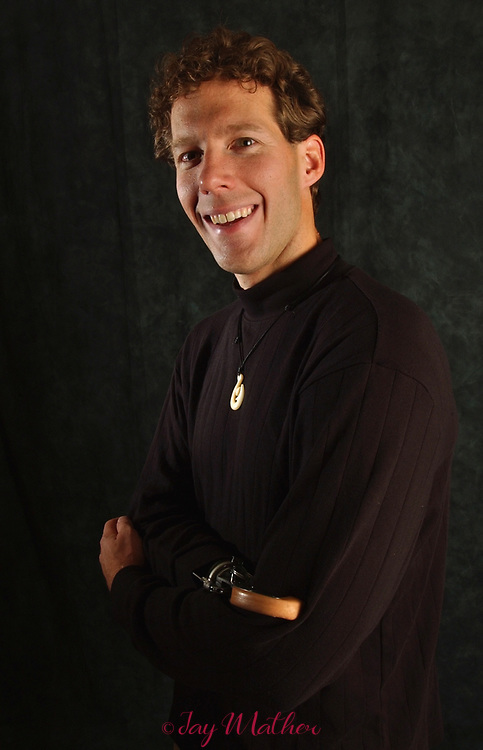