With his family at his side, Mayor Serna revealed that he has developed kidney cancer and will not seek a third term in office. He held his condition in tight confidence with his wife, Isabel, since the diagnosis in late March,1999 so as not to worry his daughter who was six months pregnant at the time. Many of his closest friends and civic allies gathered in his office to hear his statement to the media.
Joe Serna talks with Phil Isenberg, California State Assembly member, 9th district. In the background is Darrell Steinberg who would later be elected to the mayor of Sacramento. On the right is Bill Edgar, the city manager at the time.
Thursday, June 24, 1999. 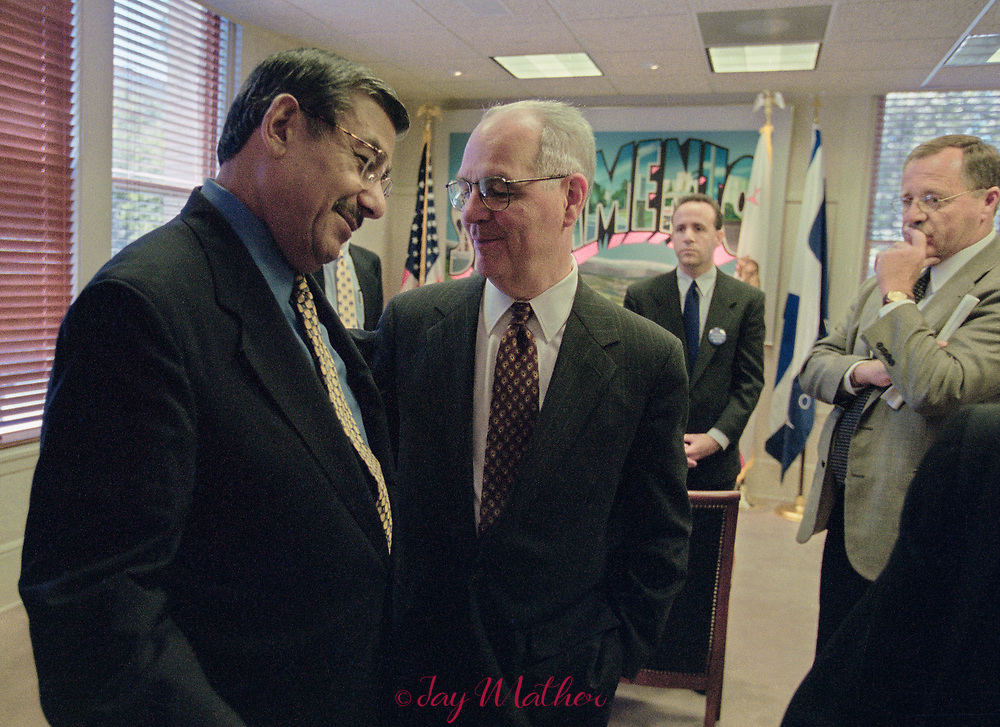