At the beginning of the school year In 1978 I spent several days with the students and teachers. The school located in the Portland neighborhood of Louisville, KY was known as a challenging environment for learning. Many parents in the neighborhood were earnest in their support even though they had little education themselves. The environment in the school was liberal in teaching methods, offering the students as much freedom as they could handle. This philosophy was far different than the conservative and orderly classrooms in most other schools.

Roosevelt Elementary School. 222 N. Seventeenth Street, Louisville, KY. Built in 1865 and is on the National Register of Historic Places. The school merged with Perry Elementary in 1979.

Movement during a music class. 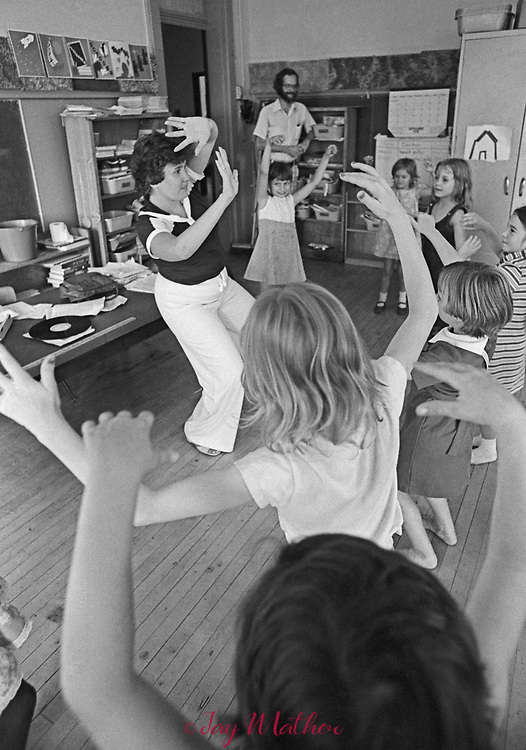